Virtual Reality: What Should We Be Wary About? 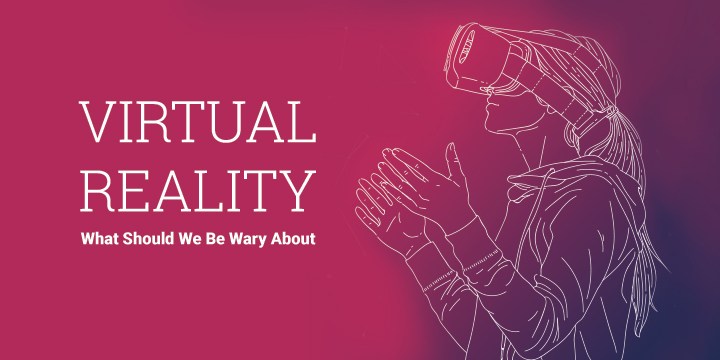 Smartphones, are they good or bad? A real predicament, isn’t it? Newtonian law says that for every action there is an equal and opposite reaction. While the theory is more related to the works of force and motion and other factors, in a literal manner it points at every action we take in our day to day lives. Technology has given us so many things, and deprives us of many others. The comfort that it provides often comes at the cost of lack of social interactions, isolation etc. The same applies for smartphones that have entirely changed the way we communicate, search for and exchange information, and even interact with people. For all we know there is whole generation that is glued to the 5 inch screens, going about with their daily routines without knowing what is going on around them.

Virtual Reality (VR) is another gift that technology has bestowed upon us, and is slowly becoming a part of the learning space too. L&D organizations are now putting more effort on creating VR based learning games that deliver an immersive learning experience. The VR headsets that initially came in the form of heavy and highly expensive gear (the ever-famous Oculus Rift). I still remember my first experience with the bulky head gear when Oculus Rift was first launched. Back then we were just testing its possibility by creating a virtual space for exploration. At first it was really difficult to orient myself, however once the eyes and mind got used to it, amazement took over and the exploration began. What followed was 10 minutes in virtual space, the heaviness of the gear, pulling out of the gear, disorientation and a nauseated feeling.

VR headsets today have evolved in many ways, not only have they become lighter, but also have been designed to reduce any kind of discomfort and is also being promoted by L&D companies for educational purposes. So, does that mean educators and parents can rest assured and that VR is good for children? And if so, for which age group?

Today we have a whole range of VR gear readily available for use, from Google Cardboard, PlayStation VR, to HTC Vive and Oculus Rift all come with safety guidelines. While Google Cardboard advises supervised use, the rest have put a cap for use from 12 years and above. Why do you think this becomes necessary?

Let’s look at the side effects that adults hooked to VR have faced so far. From developing vertigo to experiencing periodic sensory flashes, seeing black dots and feeling like the headgear was still on the head are few symptoms that develop on continuous use. Even otherwise there have been cases of physical injury when user forget the layout of the physical space while interacting virtually.

While prolonged usage is a hazard indeed for adults and children. What educators and parents need to be wary about are the warnings. Take a look at the health and safety guideline issued by Oculus Rift for instance. While it clearly states that, “Adults should make sure children (age 13 and older) use the headset in accordance with these health and safety warnings including making sure the headset is used as described.” It further adds that, “Prolonged use should be avoided, as this could negatively impact hand-eye coordination, balance, and multi-tasking ability. Adults should monitor children closely during and after use of the headset for any decrease in these abilities.”

According to Martin Banks, Professor in the Vision Science Program, School of Optometry, University of California at Berkeley, an issue dubbed as “vergence-accommodation conflict” can cause eye-strain (read about it here).

Professor Martin however also states that, “So far I’ve seen no so-called smoking gun, no concrete evidence that a child of a certain age was somehow adversely affected by wearing a VR headset”. Virtual reality for sure has the perk of allowing learning to occur in a virtual 3D space, providing opportunities to explore, experiment and learn, it also has some drawbacks. Virtual reality is a new toy that still needs testing. While adults may have to face the consequences of being too obsessed, educators and parents need to confirm that the content being viewed is appropriate for children and ensure that they take the required breaks in between to prevent health risks. After all prevention is better than cure, isn’t it?

Have you experienced VR yet? If so, what are your thoughts? We would like to hear from you.